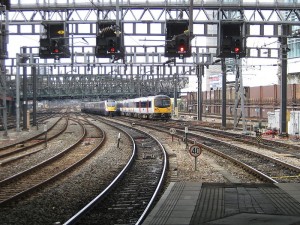 In the beginning, Paddington Station served as a GWR temporary terminus. It was opened in 1838 and it was located to the west of Bishop’s Bridge Road. It was the first station in the area. The initial service handled by Great Western Railway and Paddington Station was between Taplow and London. It was introduced in 1838. The main station was opened in 1854 and the former building was transformed into a goods depot.

The main station was placed between Praed Street and Bishops Bridge Road and its design appertains to Brunel. Later, the architect was commemorated through a statue located in the station concourse. Currently, the statue is situated on Platform 1, near the former taxi rank. When it came to the architectural work, Brunel was helped by Matthew Digby Wyatt, who performed much of the detailing. The new Paddington Station was officially opened in 1854. The structure featured a glazed roof with 3 spans and wrought iron arches. The 3 spans were connected via 2 transepts. The roof measured 699 ft. in length.

There are various transport services leading to Paddington Station. You can take the train, the car or you can make use of a taxi from Stansted Airport to the famous station. Check the options below.

Latest UK News: Gatwick and Stansted are running mainly smoothly, with some minor delays and some cancellation of inbound easyJet flights to Gatwick.  Heathrow still hit by flight cancellations after air-traffic system glitch